Once upon a time, there was a knitter in the lower tip of Texas. A male knitter who lived in a rather cluttered and somewhat dusty room, surrounded by books and balls of yarn. This was because he was a somewhat lazy man and thus did not mind the occasional dust kitten. But he treated knitting as a drug, and complained at length to whoever was silly enough to intrude upon his knitting time. But we digress.

One day, the knitting slob took an idea from his Idea Notebook and created a wonderful shawl. 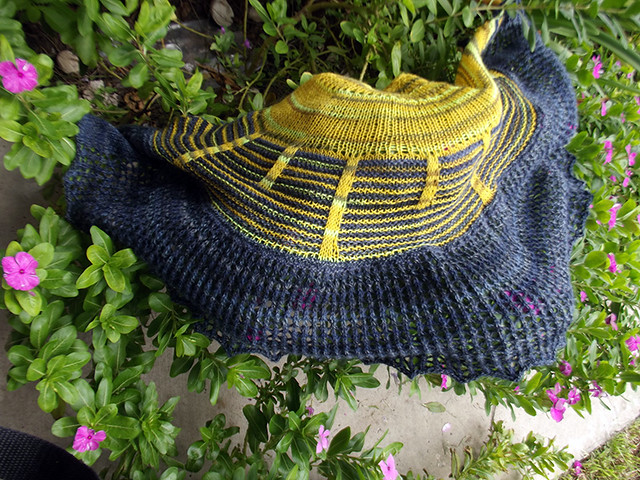 It caused fascination among the family and friends, and he was inspired to turn around and make it into a notable pattern. However, when he was looking through said pattern, he learned of many errors he put down. For example, the shawl had fussy lace insertions at the beginning and end that turned downright ugly when blocked, so he took them out. Also, the motif was small, and needing enlarging, which he did.

When he saw the pattern, and found it good, he found he didn’t have any test knitters, so he rolled up his sleeves, and cast on. 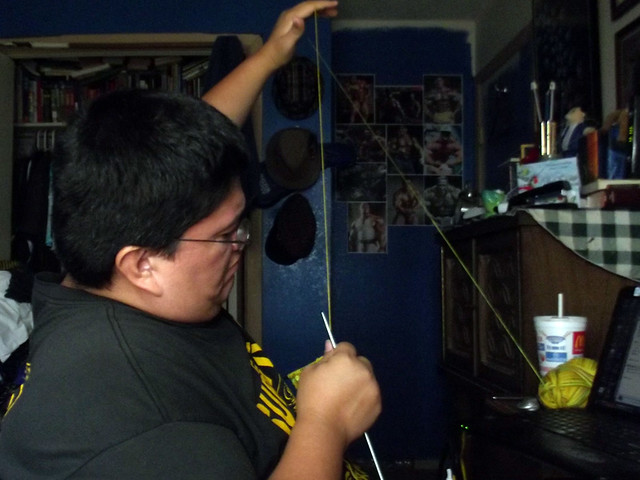 As he knitted, he found things still wrong, and as the books and balls of yarn gently gathered dust kittens, he fixed the errors and removed the insertions and found it all good. Much bigger than originally anticipated, but very good. 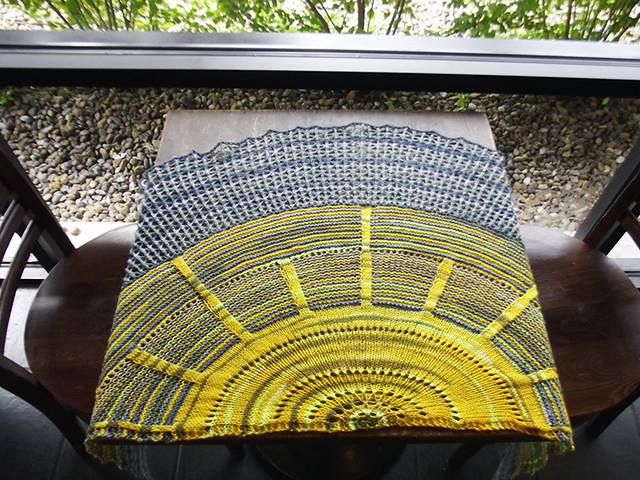 Now, this knitter now has the time to finally dust the room and shoo all of the kittens out. If he wasn’t distracted by doodling more in the Notebook, that is. And so, he lived happily ever after.

Yarn: I used Lion Brand Sock-Ease Prints in Lemon Drop (438 yards [400.5 meters], 100 grams) for the sun motif and Patons Kroy Socks FX in Cadet Blues for the first and Green Striped Ragg for the complimentary and lace panel (166 yards [152 meters], 50 grams). Feel free to use your own sock/fingering yarn.

The size of the shawl, after it was off the blocking board, was about five feet wide by three. As I said, quite large.